Our Girls Lacrosse organization has a much-storied history. Conceived in 1985 by Jane and Bob Wright, the organization had its first season in the spring of 1986 with one Pee Wee team. The following year Lynn Gardner and Donna Dutton took over coaching of the one team. One of the fathers, D. F. “Fred” Reno, got interested and was talked into coaching. After getting some lessons on Girls Lacrosse he proceeded to take over coaching of the one team in 1988.

In 1989 this Annapolis through Crownsville Girls Lacrosse organization grew to two Pee Wee teams and then in each succeeding year added first a Middie team (then called Midgets) followed by a Juniors team. During this period Fred took over as Commissioner and he remained so through the 1997 season. During his term many talented players were a part of Rolling Knolls Girls Lacrosse including Meghan Dennehy, a three-time College All-American who led her team to an NCAA National Ranking (#3), the semifinals, and now is a coach; Kelly Dirks, a multiple All-Metfirst team player for Annapolis High, State of Maryland Player of the year in 1998, #7 on Duke University all-time goal-scoring list with 125 goals, an IWLCA All-Team, IWLCA All-Academic, All-ACC, and ACC All-Tournament player while at Duke; Nicole Kallis, a National High School All-American and three year nationally ranked goaltender at Bucknell including being 2nd overall in 2002; Becky Morris, a National High School All-American; and Acacia Walker, a National College and High School All-American and now a coach.

In 1998 Fred turned over the Commissioners job to John Mays who had already been coaching. John got involved in the organization the same as we all have, namely his daughters started playing. John had four daughters go through the organization and all were very talented. During John’s term notable players were Kelsey Mays, a Big East and Atlantic Coast Conference Academic All-Star; Erica Mihm, a 2006 High School All-American for Annapolis High and current member of the Penn State Lacrosse team, ranked 15th nationally for 2008, who had a good rookie season in 2007 notching six goals in 10 games;  and Stefanie Paskal, a freshman starter in 2006 for McDonogh High School who played in the IAAM A Conference Championship.

Finally by 2003 all of John’s daughters were out of the organization and he proceeded to turn over the Commissioners job to Joe Weiss who assumed the duty for the 2004 season. Joe co-coached the North Junior All-Star team in the Bilderback Tournament of 2009 and retired as Commissioner at the end of 2010 at which time Tom McAndrew took over the duties.

Over the years the organization has had either three or four teams playing County at any one time. Most of the time the teams have been extremely competitive and have either won or come close to winning their Division, or in the case of Pee Wee have had very impressive winning records. The interesting thing about our organization is our Coaching staff has not usually been staffed by star lacrosse players and, in fact, has had many non-lacrosse players. Yet we continue to field a winning program without being consumed by winning.

We believe the organization’s success comes from our Mission and style – namely play everyone and make it fun while encouraging the players to give their all.

P.S. The author welcomes any comments or additions to the history of the organization, specifically any accomplishments of our past players so they can be listed here. The players listed above were not meant to be exhaustive but rather are the ones the author could locate.

Each year there are the Bilderback All-Star games, one each for Juniors and Middies, at the end of the County season. Below you will find the list of our young ladies who have played in these games by year and team.

This section is to honor the play of exceptional General’s Highway/Rolling Knoll’s teams that have played in the past.  Much of this history is unknown and so suggestions and help are appreciated. 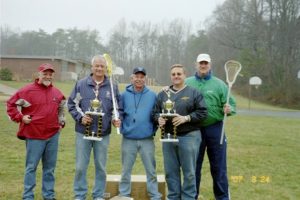